A Series of Unexpected Events 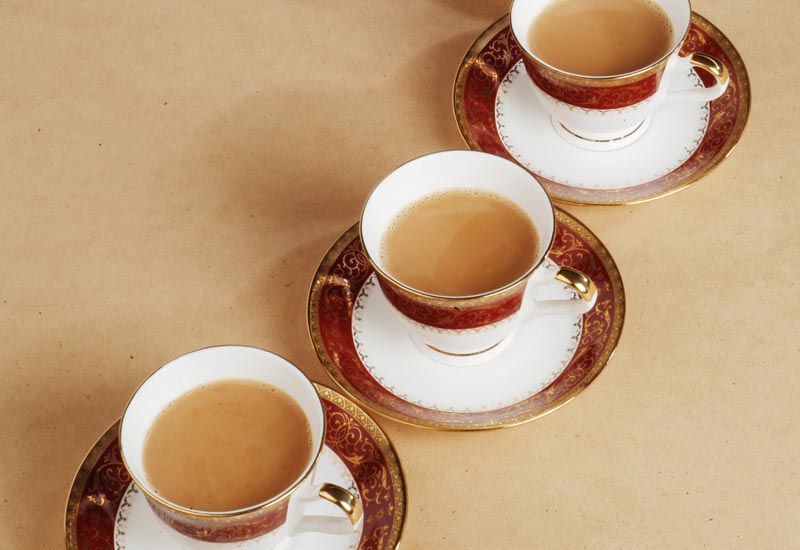 Some days are worse than others.

It was the 2nd of December, most probably a Saturday. I was home, sipping something. Suddenly, my sister pranced in the room, wearing the dress I had bought for her the day before. She nonchalantly asked, “Hey bro. Watcha drinking?”

I was so lost in thought that I completely forgot what I was drinking. Drowsily I got up and walked to her, only to drop my tea on my unsuspecting sibling. “Aah! My dress!” She snatched the cup and threw the remaining tea on me, waking me up. The tea had gone cold as I was sitting and thinking about my upcoming train journey. I left the room and packed my things.

A few minutes later, I boarded the train. I was lucky enough to get a seat. I looked out the window to see my sister with a bag. It was my bag, meant to be taken on the trip. I ran to the exit to get my bag. The crowd inside was crazy. The train set in motion. My sister could do nothing bit go home with my bag.

Grudgingly, I went back to my seat, to find another person sitting there. I had to argue with him for the seat until the ticket handler arrived. I told him that the seat was mine. Meanwhile, the other man slipped a little money into the official’s pocket. It was surprising that a man should forgo his duty for so low a fee. A seat I found not, and I ended up standing.

This was not the only fight in the train compartment. A loud quarrel was occurring a feet from me. It was a weary day, yet I found no sleep in the train.

I reached the station at midnight. I dragged my feet, having got not a single wink of sleep. My tongue and mind craved for a simple cup of tea. A tea stall was selling hot tea a little distance away. I produced my wallet with much effort, and waddled towards the strong aroma. Suddenly, a train whizzed past at top speed and startled my absent-minded self. The butter fingers that I am, the wallet flew from my hands and landed into an open compartment of the speeding train. The person who finds that will surely be luckier than me.

I pleaded to the tea seller to let me have one cup of tea for free, but the man did not oblige. He shortly left, leaving me all alone at the silent station. I felt lonely, and looked around.

The night sky was hidden by a domineering sheet of metal that was supposed to be a roof. The floor was a testimony of the days’ proceedings. The large amount of ice cream spilled in one spot signified the presence of careless kids. Even while pushing through to enter a train, people have the time to chew tobacco, the red stains near the edge of the floor told me. A dog was sleeping at a distance, apparently living on scraps ever since it came here. The floor was littered with wrappers, bottles, packets and cigarettes. These indicated the day, which was evidently less dignified than this lonely night.

The peaceful atmosphere and my own fatigue eventually caused me to drop down and fall asleep on the station’s dirty floor.

When I awoke, the station was crowded again and my luggage was nowhere to be seen. I had nothing except my clothes. I walked around for some time, before coming across my cousin brother, who had been searching for me. He meant to receive me on arrival but conveniently forgot the arrival time of my train.

Finally, I went to his house, and had a relaxing cup of tea. I slept for six hours after that.

It is rather strange that such events occur. I cannot say why I lost all I had. No one knows, but some say its fate, while some praise the Lord and his miracles. I personally will say that if my day was horrible, possibly someone on the other side of the globe had a wonderful day. However, truly, there is no explanation for these series of unexpected events.