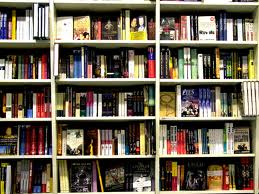 It all began when I was fifteen. I have detested it ever since. It brought nothing but trouble in my life. You must be wondering what I mean by 'it'. I mean my strangest ability. The ability to look into the future. I couldn't do anything about it. It destroyed me inside out. I obviously couldn't tell it to anyone, since I didn't want to be called a freak. Most people would think that such an ability was cool. I thought so too, before I discovered that I had it. At first it was cool enough, I could see what was going to happen. Quite interesting, especially when I knew about the next day's test. But it didn't remain that way for long. I tried tellimg some of my friends, but they wouldn't believe me. There was nothing I could do. I decided that I would lead a normal life. It wasn't something I could control but I could try. I did pretty well until.............until I met them.  Jack, Ila and Don. They knew about me. I couldn't lie to them about it. They were like me too. Well, not exactly. They have different powers. I personally feel that they are much cooler than me. I don't know how they put up with me, but we work like a great team. But then, all great teams have problems.............................

"DONNNNNNNNNN," Ila screamed, I covered my ears, knowing what was coming, "WHERE IS MY WORK KIT???" I rolled my eyes. This scene was getting a bit too familiar. Everyday Ila lost something or the other and blamed it on Don. So maybe he was kleptomaniac but that didn't mean that he stole anything and everything. He only stole what he desperately needed. I hardly think he needed Ila's work kit, she probably put it somewhere and forgot about it.

I looked about myself. We were spending our holidays at Ila's house. Her parents were the only ones who wouldn't and didn't care if their daughter had electric sparks shooting out of her fingers, which Ila did.

Sometimes I envied Ila and the others, she had sparks coming out of her fingers, Jack had unbelievable speed and Don could make himself and people around him invisible. It helped him quite a lot in stealing stuff. All of them were so cool, and all I got was some stupid visions about the future follwed by splitting headaches.

I sighed, this was not helping me improve my mood, neither was the hot pink wall paper. I had been strangely restless the last few days. I had the feeling that something was wrong. Maybe it was because I hadn't had a single vision for over one week. I usually couldn't make it through the day without having one vision at the least. Not that I wasn't grateful. It was a relief, but I had the feeling that this was the sort of a calm before a really bad storm.

My thoughts were broken by Ila screaming again. I sighed again. I really had been looking forward to this day. We were going to a marine museum. Ila's parents had decided to take us there. Did I mention how cool they were?

The museum was simply awesome. I enjoyed every minute. The others enjoyed themselves too. We were walking and laughing, gazing at the exhibits, when we reached a huge shark's skeleton. We were dumbstruck at its magnificence. I was gawking at it, when I noticed another smaller exhibit. This one contained lifelike models of piranhas, anglerfish and some more predators. I stared at it. Then it hit me, I knew even before it struck completely. I was going to have a vision, dang it. Trust it to ruin a wonderful day. Vaguely I saw the others rushing towards me then, everything went black.

In my vision I saw a room. It was spotlessly clean and sparsely furnished. There were two people in the room, one was a tall man with pale skin, jet black hair and a curious scar down his right arm. It looked like a coiled snake. The other man was of a dusky complexion with chocolate brown hair and nasty eyes. Something about this scene was unsettling.

The first man smiled. That expression did not show any happiness, it just changed his face from regular to plain evil. Just watching him sent chills down my spine.

"It is ready?" he said, in a gravelly voice.

"Yes, sir." the other man answered

The first man's smile widened," Perfectly on time. I can't wait to use it. They will not escape."

I had a horrible feeling that I knew what he was talking about. But I couldn't place it. Suddenly my vision dissolved and I found myself on the floor. My friends were looking at me worriedly.

"Are you all right?"

"Yes, but my head hurts." I lowered my voice," Listen guys, I had one of my visions."

I saw the men in my mind.