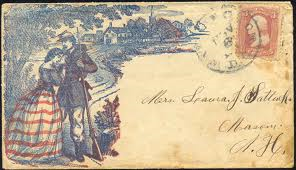 "I have to my love." said Tredrick, a young soldier going of for a battle in the midwest Atlantis.

"It's fine if you don't go. Nothing will happen if one soldier is reduced", said Petrecia, his wife.

Tredrick Jones and Petricia Jones were a newly-wedded couple. Their marriage was one of a kind. Tredrick and Petrecia were two young lovers. Out going the world, living their lives and enjoying loving each other. Tredrick was the son of a Major in the Airforce, and so it was that Tredrick dreamt to become one in the army. He was quite tall and heavy built. He was living his age at twenty five. A decent man he was.

Petricia was the daughter of a wealthy merchant, Mr. Peterson Fredrick Thompson. She enjoyed all the luxuries of life. She was just a twenty two year old woman. Her parents were her gaurdians but all the decisions about Petricia were made by her grandfather.

Petricia loved horse riding and that's where luck had brought the two lovers together. Petricia loved riding horses and Tredrick loved bidding on them. Near the end of the corner of the race track was Petricia sitting on a horse and talking with her friends who were sitting on the other horses. Tredrick on the other hand, had come with his two twin cousins, Lewis and Liam.

As Tredrick entered the the stadium in front of the race track, after buying the ticket for his bet on a horse named "Stardust", his grace fell upon Petricia. Her beautiful light brown locks mesmerized him. Her beautiful shape and angle made him stagger backwards. For him, she was beyond all those beautiful women he had ever seen.

While Tredrick was still hypnotised by Petrecia, a gunshot rang. The race had started.

"We've got horse no. 4, Stardust, in leading position, closely followed by horse no. 7, Tiger", the commentator said this with all the excitement he had within himself.

Tredrick was quite shocked because even though he had bidded on many horses many a times, his fortune never supported him. He thought that today was his lucky day. After the race had finished and Stardust had won, Tredrick grew curious to know about the owner of this magnificent horse. It was none other than Petricia. Stardust was one of Petricia's fastest horse and her favourite. He found Petricia near the stables, hugging Stardust as tight as possible.

"Good morning my lady", said Tredrick only to make Petricia turn around.

"Good morning. May I happen to know you?" Her voice was so sweet that Tredrick got lost in it and forgot what to say next.

"Oh, it's great to know that someone else has also benefitted from my profit....." said Petricia in quite a casual voice.

On the way came Petricia's other horse. "That's an American Saddlebred", said Tredrick with full confidence.

"You know a lot about horses Major Tredrick", complimented Petricia.

"Petricia is my name, not ma'am", giggled Petricia.

This way both, Tredrick and Petricia, shook hands and continued conversing with each other and continued long after that too. They would meet everyday, talk everyday. Sometimes at the lake and sometimes near a local restro. Their friendship turned into a relationship we call love.

One day when Tredrick called Petricia to the same race track where they first met, they got spotted by Mr. Peterson. He was furious at the sight and thus went to Petricia, grabbed her by the arm, pushed Tredrick so hard that he staggered two steps back.

One week passed and both the lovers had not met each other, only until one day when Tredrick came to Petricia's mansion. Petricia couldn't believe her eyes! Tredrick had come to her house and that too in a proud state. No sight of sadness or shame.

Petricia was sent back to her room and then Tredrick was left alone with her father, mother and grandfather.

"I came here with my parents to ask for Petricia's hand.." remarked Tredrick in such a voice as if he would definitely win Petricia.

"Major Johnson Jones and your student J.J, Sir", came a voice from the back of Tredrick. A figure slowly appered from behind Tredrick and soon became clear to make it Tredrick's father.

While Tredrick's parents were talking to Petricia's grandfather and father, Petricia, from her room's balcony signalled Tredrick to come into the garden. Tredrick, bieng smart enough, made an excuse saying that he wanted to see the flowers, and went quietly towards the garden. Petricia made her way down the stairs which were made next to her balcony in case of any emergency.

"What are you doing here? My father could kill you!" said Petricia in deep distress.

"He cannot kill me, it's illegal to kill a Major in the army." said Tredrick. He explained Petricia all about his father being her grandfather's favourite student. He convinced her that he will surely get married to her.

"Tredrick! Tredrick!" his mother called him. As Tredrick entred the room, Petricia was also called.

"Tredrick, Petricia, we have discussed about you two. We know that you love him and he loves you very much. So, we have decided to let you marry him. What do you think Petricia?" asked her grandfather in a very curious manner.

Of couse the answer would have been yes. Everyone got up and congratulated each other but all that Tredrick could do was stare in Petricia's eyes making her blush.

It was a beautiful Monday morning. Petricia was dressed in a beautiful white gown. Plain at the bottom, but had some silver rose patterns imprinted at the top. Tredrick was dressed up in a black suit with a white shirt inside and a black bow at his neck.

Petricia came down the aisle, wrapping her arms around her father's. All the attention was on her. The spectators were staring at her while she walked down towards Tredrick in her beautiful gown and glossy-silver heels. Tredrick on the other hand was shocked. He had never seen Petricia so beautiful. He knew that she was beautiful but he never had seen this beauty of hers before.

"Do you, Tredrick Johnson Jones, take Petricia Peterson Thompson as your beloved wife?" asked the priest in a calm voice.

"I do." Tredrick smiled at Petricia as he knew that she was nervous.

"Do you, Petricia Peterson Thompson, take Tredrick Johnson Jones as your beloved husband?"

Both of them were now married. They had their own life. But they didn't know what destiny would bring upon them.

Days passed, weeks passed, months passed. Both of them were happy, their love growing stronger and stronger each day. Not a single day there was that they had fought. There were a few weeks where Petricia had to stay alone as Tredrick had to go on wars, but she didn't mind as her grandfather, parents and in-laws would come over to stay.

Even though Tredrick would go on wars, Petricia never worried as she knew that he would come back. A faith, a trust she had in her husband. But one day, misfortune struck upon them. Tredrick told Petricia that he had to go to a war at midwest Atlantis, a place which was being fought for over centuries. People belived this place to be a curse, as even the greatest of the greatest conquerers never returned. The rulers of midwest Atlantis were cruel. No humanity, no peace. They killed all that came in there way and now it was Tredrick's state. It was their target.

"It's fine if you don't go.Nothing will happen if one soldier is reduced."

"I'm sorry Petricia but I have to go and save my state. Whenever I'll fight I'll keep on repeating your name until my last breath. I'll fight for you my dear." After saying this Tredrick swiftly pulled out his arm which was caught by Petricia.

Two weeks passed. It had never taken Tredrick this long to come home. Petricia would always sit on her rocking chair which was kept near the front door, waiting for the doorbell to ring. She would always wear the same dress that she wore when Tredrick met her for the first time at the race track and put on the same scent that Tredrick loved. However, she would get disappointed when it wasn't Tredrick at the door.

Petricia got off her chair and ran for the door, "Tredr.... Wilson?"

Wilson, Tredrick's best friend and Colonel of his army was at the door.

"Where is Tredrick? Has he come with you? Where is my Tredrick? Speak Wilson! Why are you quiet?!"

"Tell me. What has happened to him?" asked Petricia unable to stop her tears.

There was a long pause. Petricia started walking backwards without turning and loosing eye contact with Wilson. She fell on her rocking chair, moving with it as a dead body.

The next day when Tredrick and Petricia's family came to know about Tredrick's death, they went to meet Petricia to console her. But, she wasn't there! The family looked everywhere. There was no sign of Petricia.

Each day would pass, the family would make posters and stick them on the street lights and the walls. Months passed, years passed but there was no sign of Petricia. Many people reported that they had seen a women wandering around near the house, that once use to be Tredrick and Petricia Jones's but as soon as they would look back, she would disappear.

What happened to Petricia? Where is she? Has craze come over her because of Tredrick's death? Has Tredrick died or is he still alive? What is she going to do and will she ever be found?

Find out in the next chapter of the romance story of Tredrick and Petricia.